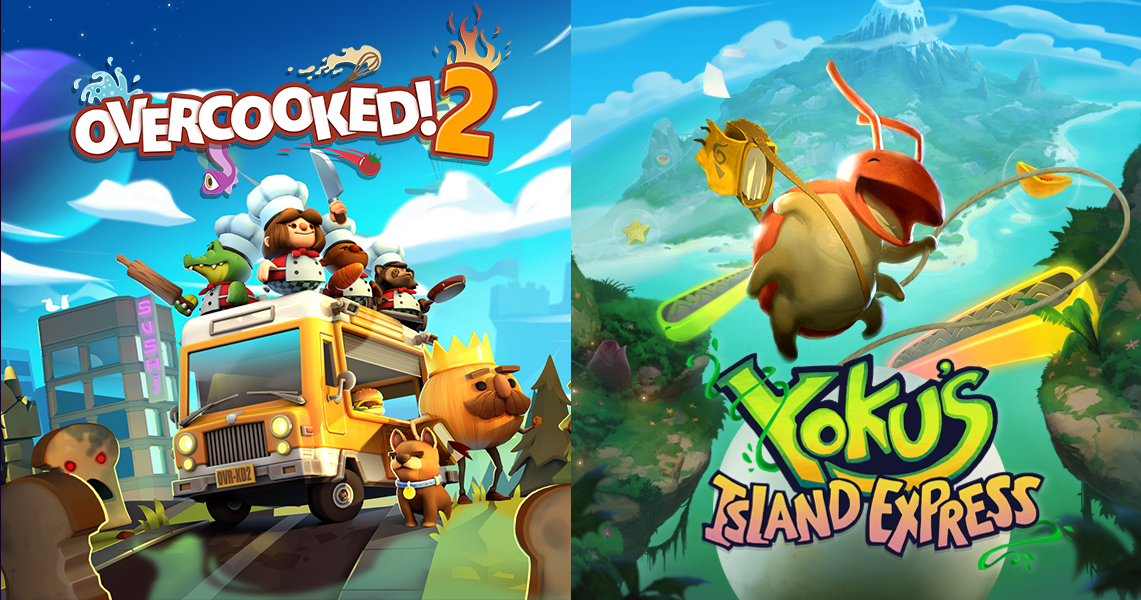 2018 has been a pretty special year here at Team17. Between new releases and ports to new systems, we’ve put out a whopping 12 games this year, eight of which were completely new! We’re proud of every single one of them but it’s fair to say that a handful have been especially popular out there in the real world. My Time At Portia launched into PC Early Access in January and has already amassed an extremely passionate fanbase of players and content creators, Overcooked! 2 built on the success of the original and has dominated our mentions ever since its release in August, and the wonderful Yoku’s Island Express is so fresh and orginal, it’s been one of our most critically acclaimed releases of all time!

With all this in mind, we thought we’d give ourselves a big old pat on the back and round-up the incredible number of “game of the year” awards and nominations that these three games have received. JUST LOOK AT THEM ALL…

MY TIME AT PORTIA

Pathea Games’ open world crafting adventure isn’t even finished yet – it’s still in Early Access on PC with a console release to follow next year – but it’s already bringing in the awards, including a nod from Lifewire, who called it one of “The 7 best PC Indie Games to Buy in 2018.”

Writer Dave Dean says of My Time At Portia, “The colorful cartoon graphics and relaxing soundtrack mix perfectly, making sure you keep playing for ‘just another five minutes’ far too often.”

From its surprise announcement in the Nintendo Direct at this year’s E3, right up to the recent release of the Kevin’s Christmas Cracker level pack, it’s fair to say that Overcooked! 2 has been hugely popular. We couldn’t be more proud to see how much you’ve all taken to our co-op cooking sequel. We love hearing from each and every one of you, and the awards are just the icing on the cake! Here’s a list of the accolades so far…

Don’t forget Overcooked! 2 is still up for the Better With Friends award over on Steam. You can vote here before January 3rd!

Yoku is the little dung beetle that could! Not only did he save Mokumana Island in pinball-metroidvania, Yoku’s Island Express, but he’s also appeared in almost 40 game of the year lists in 2018 so far! If you still haven’t sampled the delights of Yoku’s Island Express then you really do have to give it a try. There’s a free demo available now on all platforms.

Congratulations to the developers of these three award winners – Pathea Games, Ghost Town Games, Villa Gorilla and of course our own in-house Team17 studio who contributed to all these releases and led development on Overcooked! 2. None of this success could have been achieved without the brilliant and talented indviduals who work so hard to make them a reality.

Inside the Team17 Game Jam 2018
Team17 soundtracks on Spotify