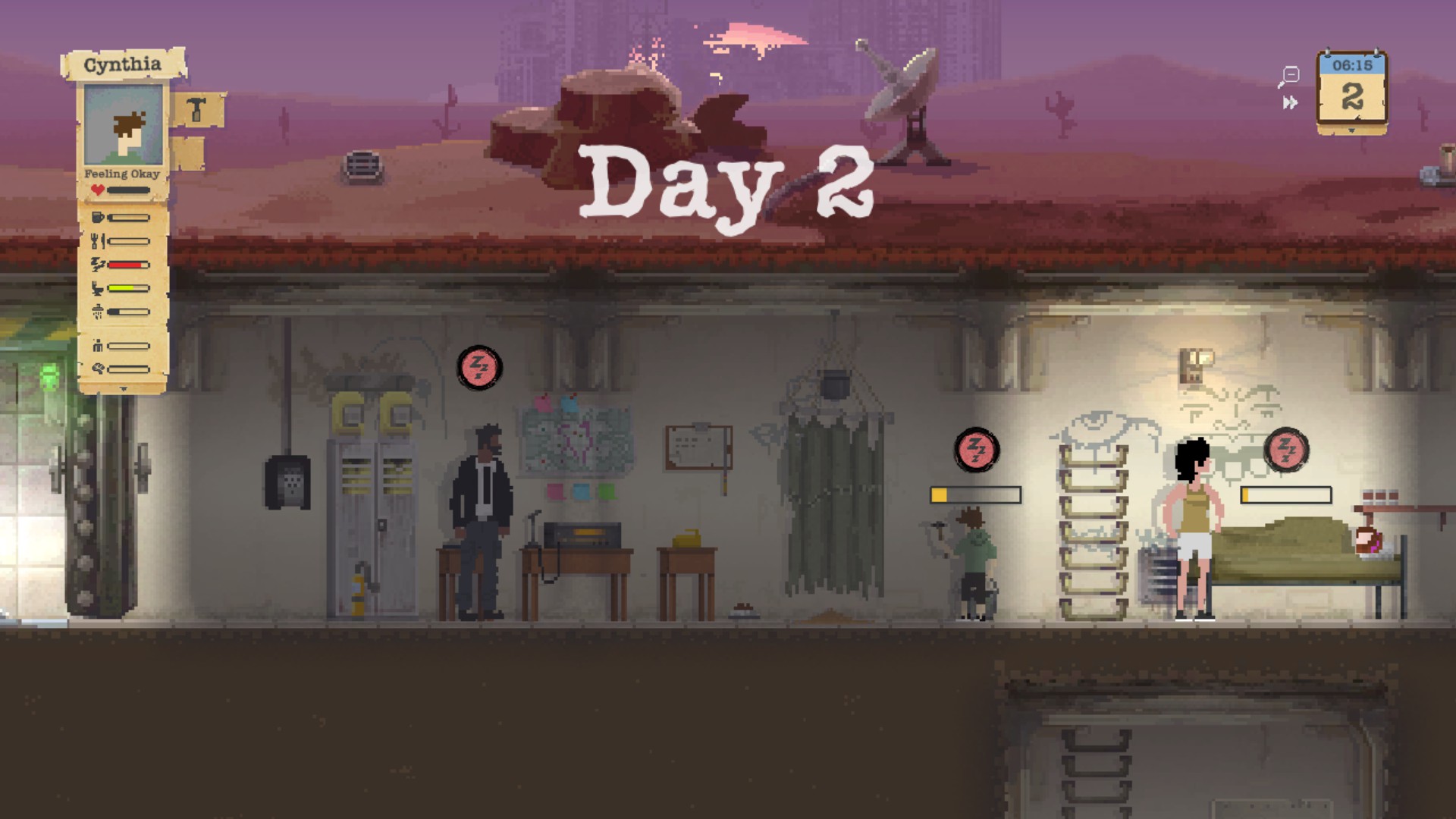 It’s time for another update!

It’s been a shelter-shaped rollercoaster of emotions over the last couple of days. The stories and feedback have been incredible. We’ve been listening to what you think needs to be changed and have come up with a patch, which we think will make the game better.

The second game update for Sheltered will be shortly be knocking on your rad doors with:

We’ve got so much more to come, so stay tuned for regular updates here on Steam, Twitter and over on the Unicube.net forums for the Xbox One version of the game.

Love,
Sonny, Dean + everyone at Team17

Gamescom 2015: Hear about Worms W.M.D and The Escapists: The Walking Dead
Sheltered – Update #3