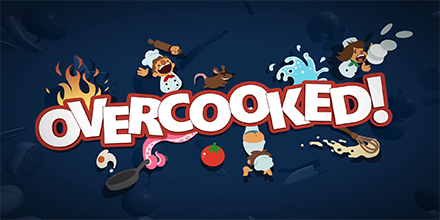 Things are hotting up in the Team17 kitchen as today we are excited to announce our partnership with Cambridge based independent developer Ghost Town Games to publish the chaotic, couch co-op cooking game, Overcooked, on Xbox One, PlayStation 4 and PC.

The Onion Kingdom is in danger and only the finest cooking can save it! In Overcooked players must journey through a variety of cruel and unusual kitchens on their quest to become master chefs capable of conquering an ancient edible evil which plagues the land. Play solo or engage in classic, chaotic couch co-op for up to four players in both co-operative and competitive challenge modes. You’ll have to cook a range of different dishes and work together in order to become the most effective and ultimate team!

Debbie Bestwick, Team17’s CEO said, “We’re huge fans of couch gaming, and have been specifically looking for a game in this genre with mass market appeal. It was instantly clear just how unique and hilarious the game is, play it – it’s incredible. We are delighted to welcome Ghost Town Games to our label.”

“We’re really excited to be working with Team17 to help us release Overcooked. We’ve been working on the game for over a year now and it’s just great to have the help and support of a team with 25 years’ experience that has as much love for local multiplayer gaming as we do!” added Phil Duncan, Designer and Co-Founder at Ghost Town Games.

Overcooked will be heading to Xbox One, PlayStation 4 and PC later this year. You can check out the tastiest trailer in town below:

NOT A HERO: SUPER SNAZZY EDITION & OlliOlli2 XL Edition are available now on Xbox One!
Sheltered is now out on Windows 10!