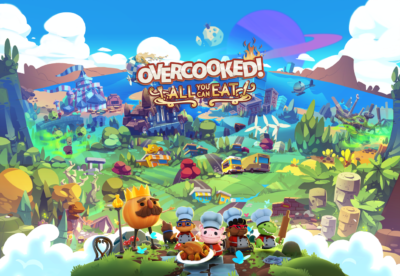 We’re happy to announce we are serving up a new update, for both PC and Console platforms of Overcooked! All You Can Eat.

This tasty update should address some of your concerns regarding unstable matchmaking and online play, and contains fixes for issues across all platforms including general, stability and specific bug fixes for Xbox and PlayStation consoles.

Here’s whats on the menu! 😋

Now Chefs – get back in the kitchen and watch that pot, it’s about to bubble over! Chop chop!

If you’re new to Overcooked, why not join the official Discord server to play and chat with other chefs, and learn useful tips and tricks! 🍽️