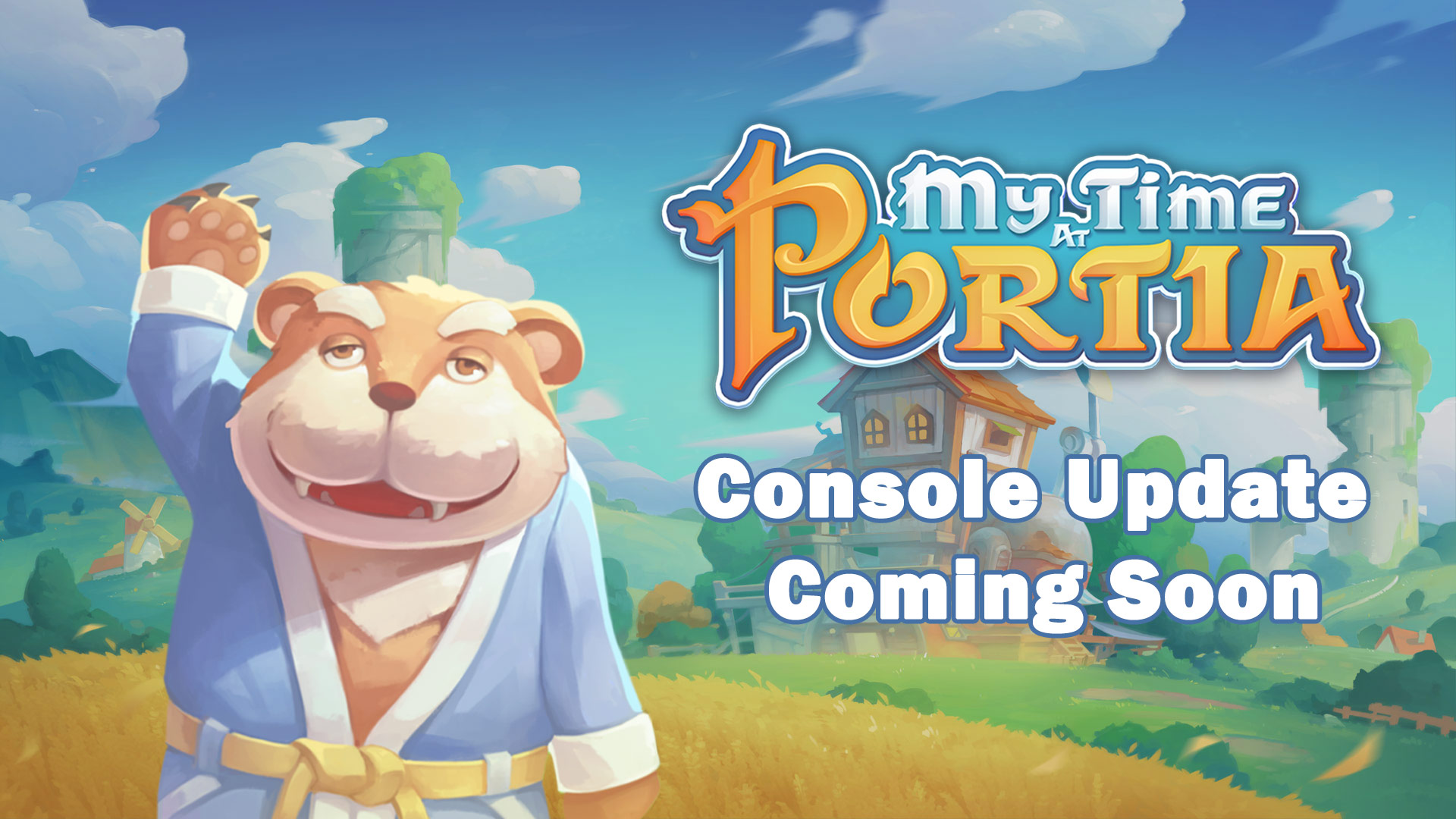 My Time At Portia: Update Coming to Consoles!

We’re pleased to announce that we will be releasing an update for My Time At Portia on Nintendo Switch, PS4 and Xbox One in the coming weeks!

This update will include new content and features that are in the PC version, as well as bug fixes and quality of life changes.

In this update, you can expect to see:

We’ll also be adding more background music, ambient sounds and various sound effects during cutscenes and in-game, including footstep audio and sound effects when fighting monsters. We’ll be posting a full list of changes when this update is released.

We’ve been collecting player feedback since My Time At Portia launched on consoles earlier this month and are currently investigating the below areas for implementation where possible:

Keep an eye on the My Time At Portia social channels for further announcements!