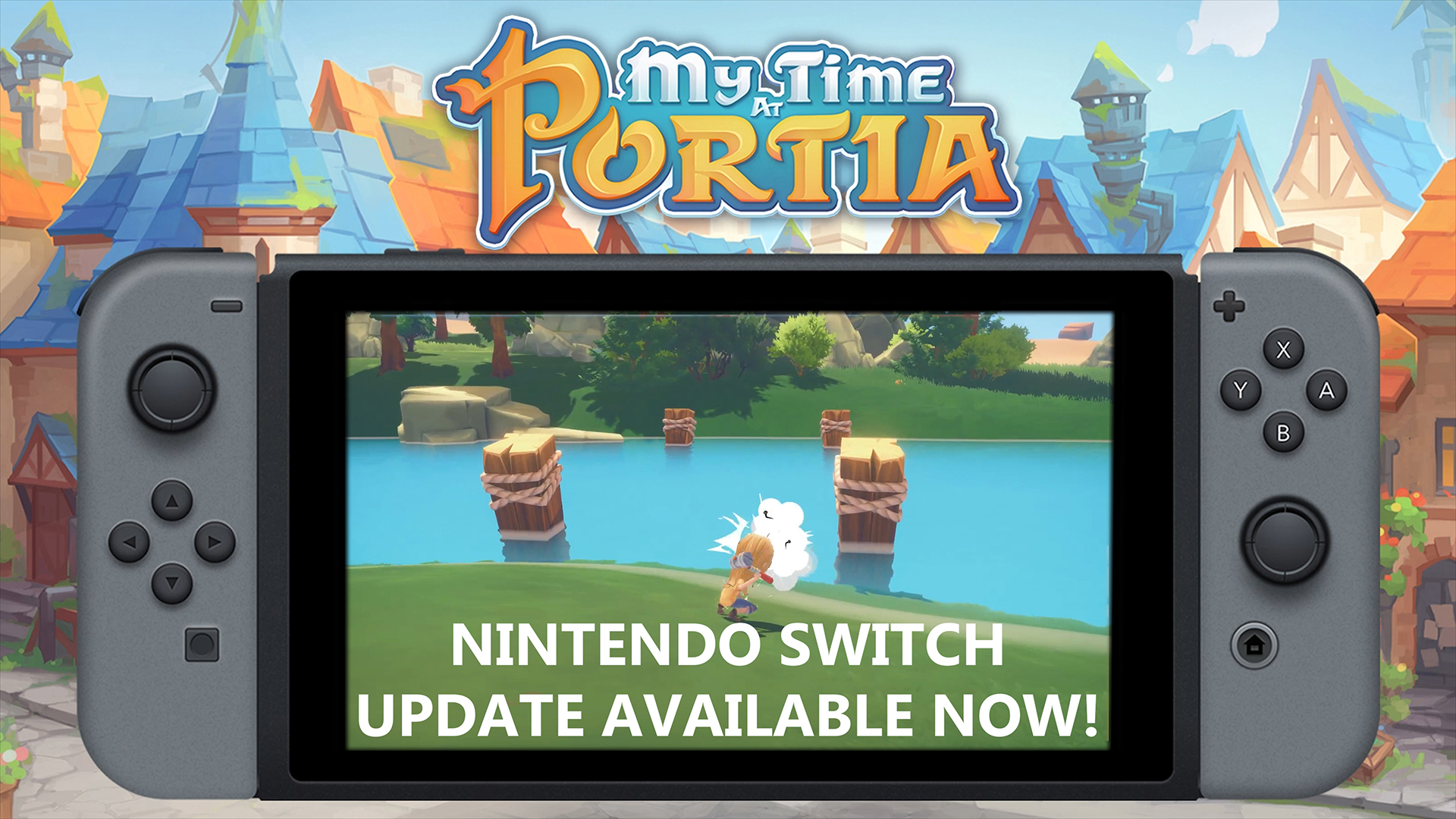 We’re pleased to announce that an update for My Time At Portia on Nintendo Switch is available now!

Here’s a full list of changes included in this update…

We’ll be releasing this update on PlayStation 4 and Xbox One very soon. Keep an eye on the My Time At Portia social channels for announcements!