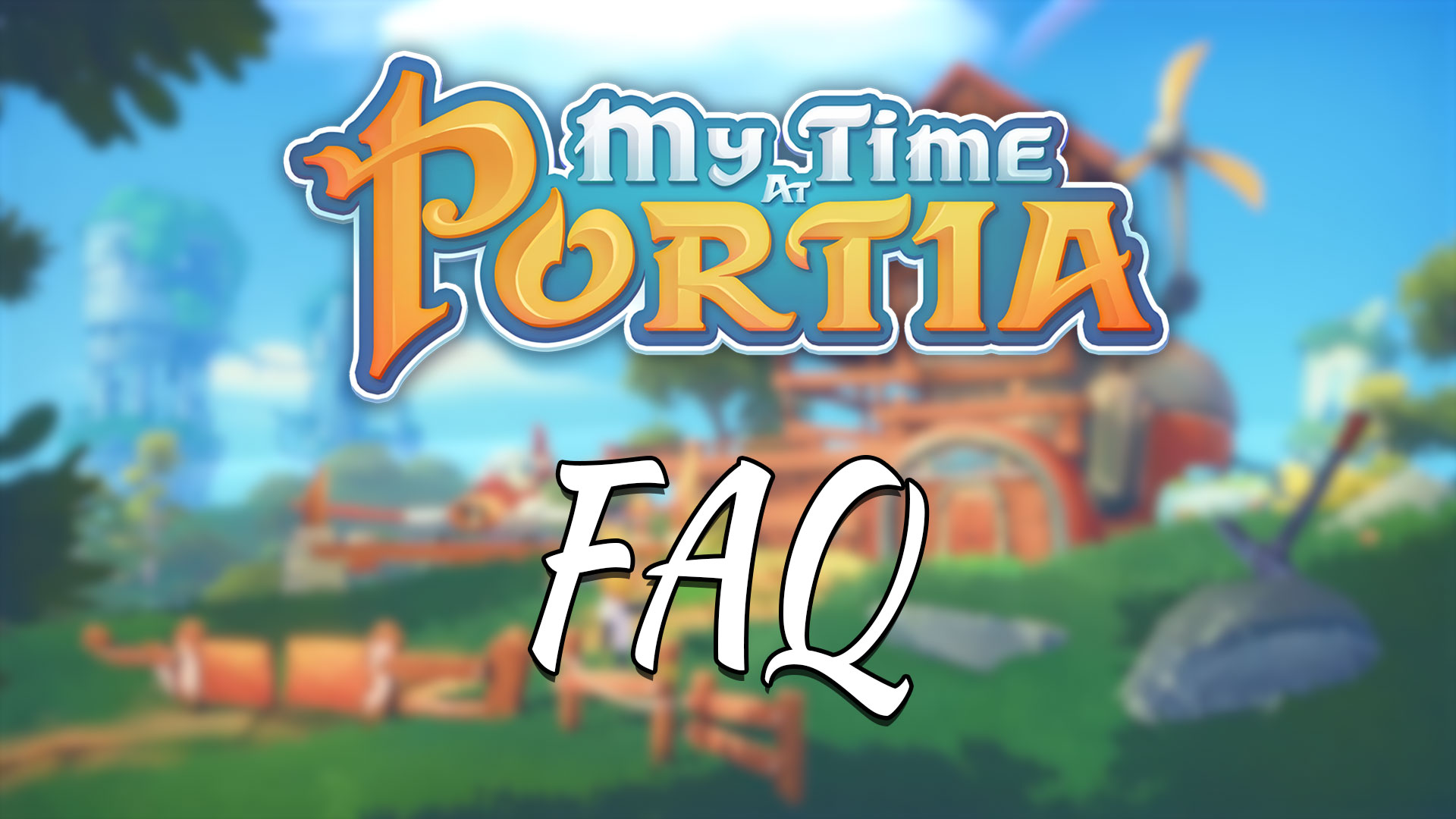 My Time At Portia – FAQ

If you’re looking for more information on My Time At Portia, then you’ve come to the right place. We’ve put together this list of frequently asked questions just for you!

What is My Time At Portia?

My Time At Portia is a whimsical life-sim crafting RPG from China based indie developers Pathea Games. Start your new life as a builder in the enchanting town of Portia, helping to restore the town from your newly inherited workshop. You’ll be able to craft and build, mine for materials and relics, farm crops and keep livestock, loot dungeons and fight monsters. You can also build relationships, go on dates, and get married!

The game is also available on Nintendo Switch, PlayStation 4 and Xbox One – both digitally and physically.

Can I buy a boxed version?
Yes! We’ve partnered with SoldOut to bring you a physical version of My Time At Portia on Nintendo Switch, PlayStation 4 and Xbox One! Check with your preferred retailer for stock availability.

What resolution does the game play at on consoles?
On Nintendo Switch, My Time At Portia plays at 720p in handheld mode and 900p in docked. The game plays at 1080p on both PlayStation 4 and Xbox One.

I’ve heard that the console versions have long loading times, will this be improved?
We released a patch to improve loading times on console at launch and our team are currently looking into incrementally improving console loading times further.

How many hours of gameplay is there?
There are 60+ hours of story gameplay in My Time At Portia, not to mention the extra side quests, friendship quests and exploring you can do too!

Is there a demo available?
There is a free demo available for PC over on the Steam store page. (Please note: Demo saves will not carry over to the full game)

We are looking into the possibility of releasing a demo on consoles too. We will have more information on this soon.

Can I fall in love in this game?
Yes you can! The relationship system is a big part of My Time At Portia. You can befriend residents of the town through chatting, playing ‘rock, paper, scissors’, giving gifts, and even through sparring!

Once you’ve earned enough relationship points to build a friendship, you can go on play dates with them around Portia. Want to take your relationship to the next level? Confess your love by giving a particular item as a gift and you can spark up a romance to allow you to go on romantic dates, and if you choose to, get married.

There are many unique characters for you to meet, befriend and romance. We are proud to share that My Time At Portia supports same-sex relationships too. 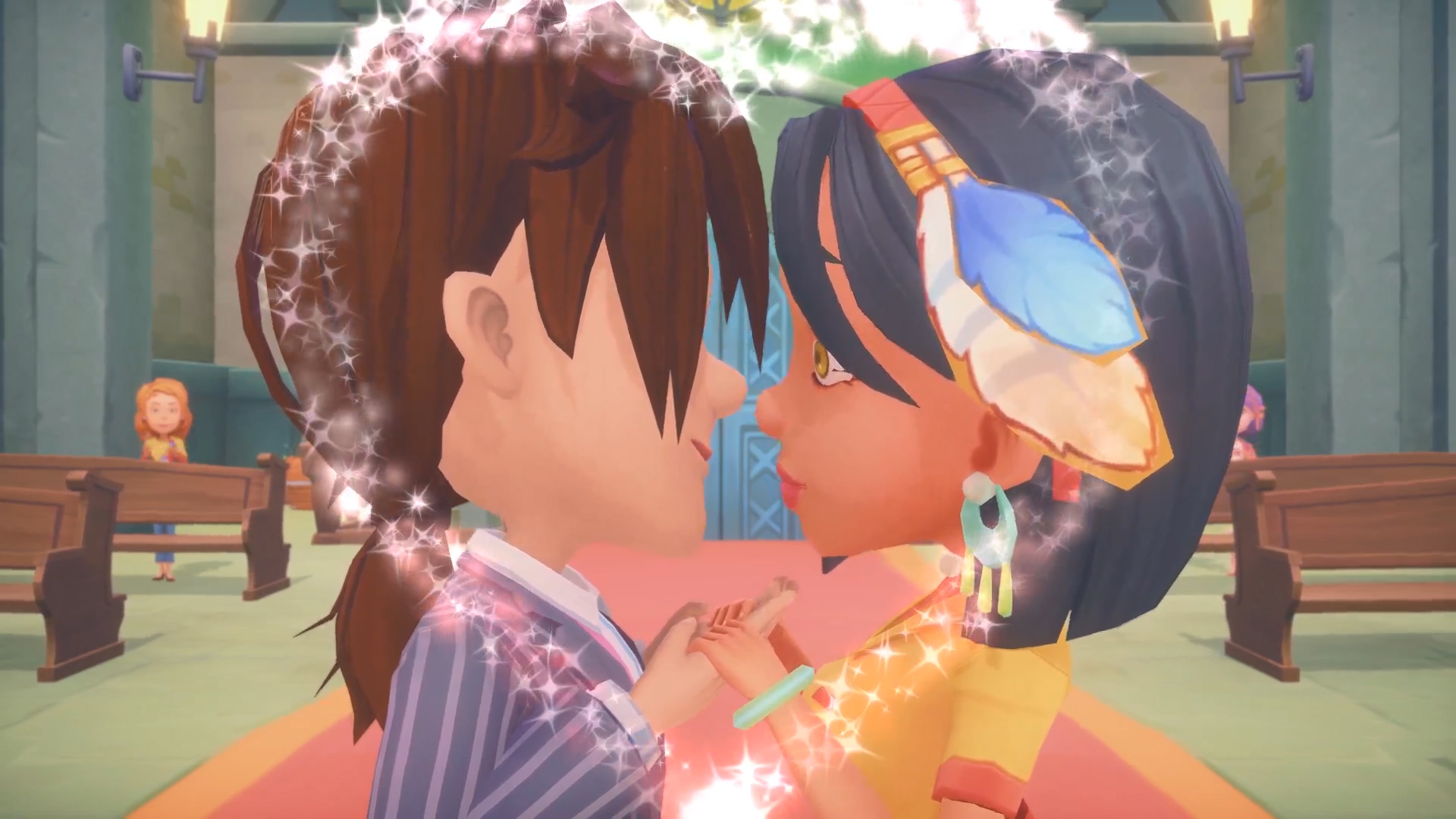 Can I keep animals?
Yes. Keeping livestock is another part of life in Portia. Once you’ve completed certain quests and expanded your yard, you can build a coop, a shed and a stable where you can house chickens, ducks, cows, sheep, horses and llamas!

Can I ride the horses?
Yes, and the llamas! You’ll need to catch and tame them first though.

Can I customise my character?
Yes. When you first start the game, you’ll get to customise your character including your skin tone, hair colour and style, eye colour, and name.

Once in game, you’ll be able to change your hair style, hair colour, eye colour and lip colour at the barber shop. 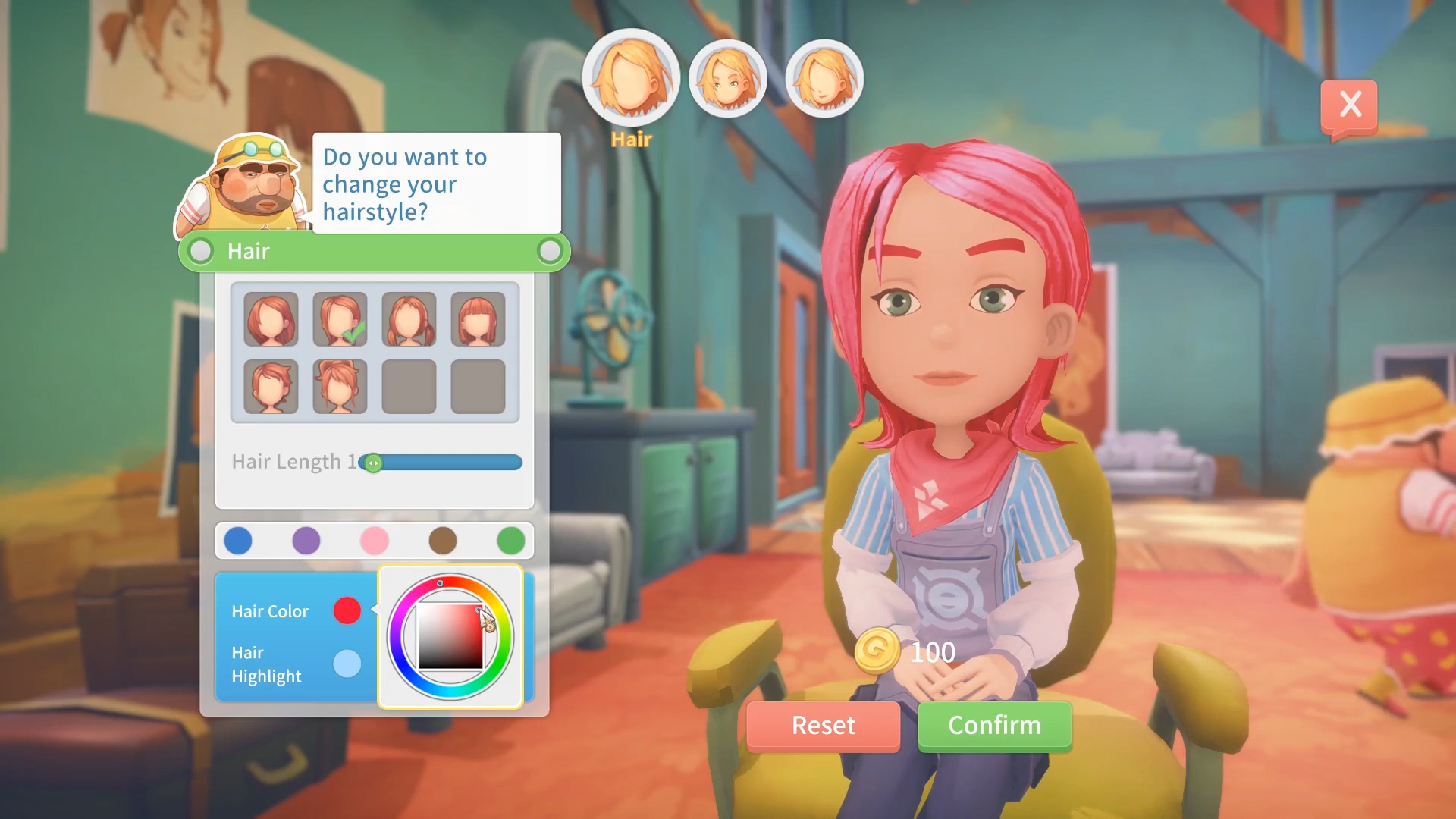 What can I build?
Throughout the game you’ll have build requests come in from various residents of Portia town, including the mayor and local ‘law enforcement’ group the Civil Corps. You’ll also be able to pick up building commissions from the noticeboard inside the Commerce Guild offices.

Buildable items range from smaller items, like wooden storage boxes and stone furnaces, to larger items such as bridges and water wheels!

You will obtain blueprints for different items as you progress through My Time At Portia.

How do I build things?
You will receive requests to build things from a number of people in town, including the mayor. First, you’ll need to go mining for ores and relics in the various ruins located around the map. Then you can use furnaces to smelt raw materials and use other machinery, which you’ll build in your yard, to assemble the finished products.

Once you’ve progressed enough and expanded your yard, you’ll be able to build a factory to automate production and free up your time for other activities! 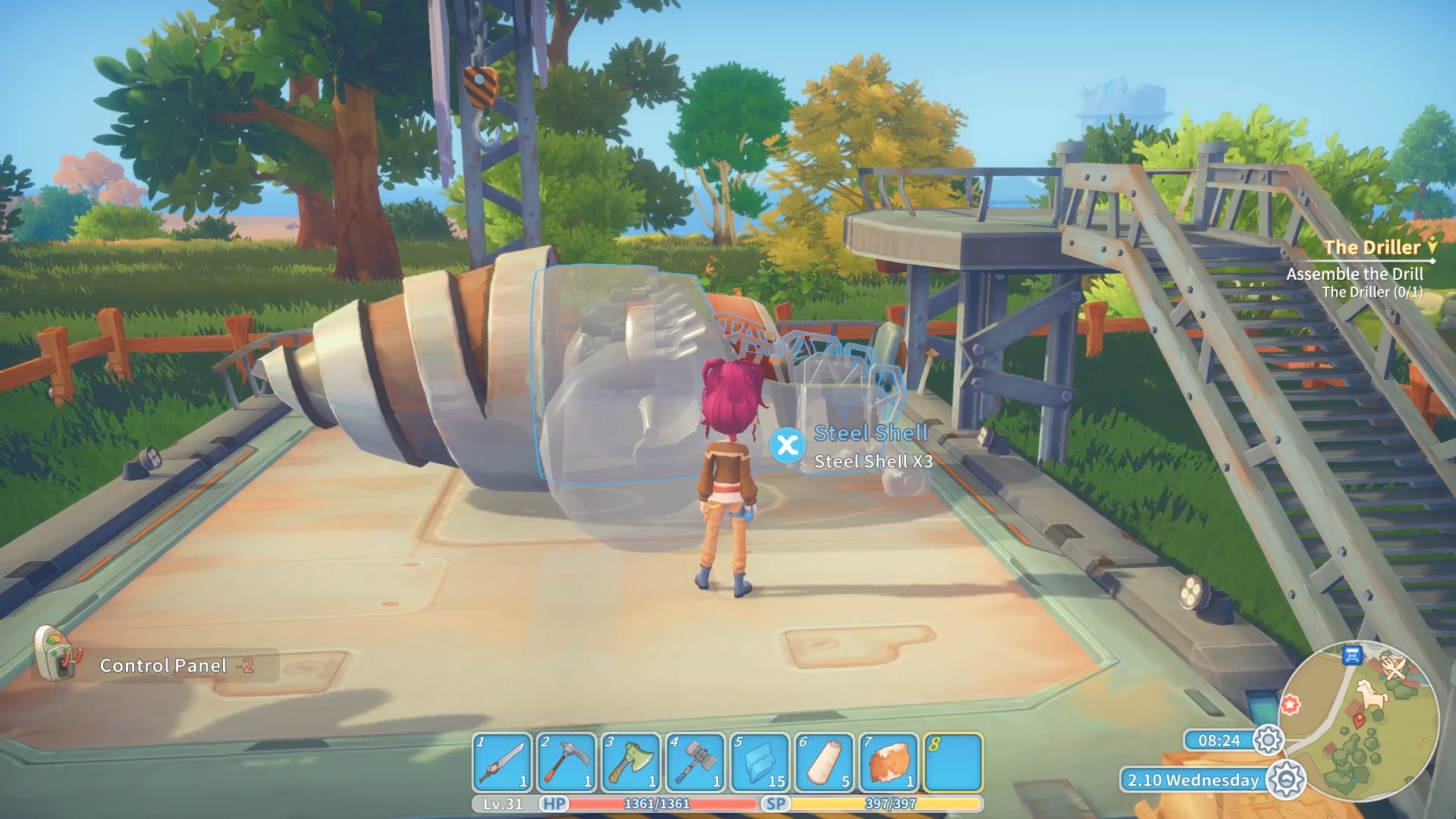 Can I level up my character?
Yes. My Time At Portia has a skill tree and levelling system for your character. You’ll earn experience from various activities, including fighting monsters, mining, fishing and building.

Each time you level up, you will receive one skill point to use on your skill tree. Choose to improve your skills on three branches: fighting, building, and social interactions.

What other features are there?
On top of everything we’ve already mentioned, the world of Portia also has its own calendar which includes annual events like the Day of the Bright Sun and Winter Solstice. There are also timed competitive events for you to participate in, like the fishing competition and Portia cook-off!

There are various shops and buildings to visit, loot to be found and multiple areas to explore.

Console keys for backers have been sent out and additional content keys will be sent at a later date.

Please keep an eye on the Kickstarter page for updates.

If you’re ready to start a new life in My Time At Portia, it is available now on PC on Steam, GOG and the Epic Games store and will also be coming to Nintendo Switch, PlayStation 4 and Xbox One this spring.

Hell Let Loose – Closed beta livestreams this weekend!
My Time At Portia is out now on PC!