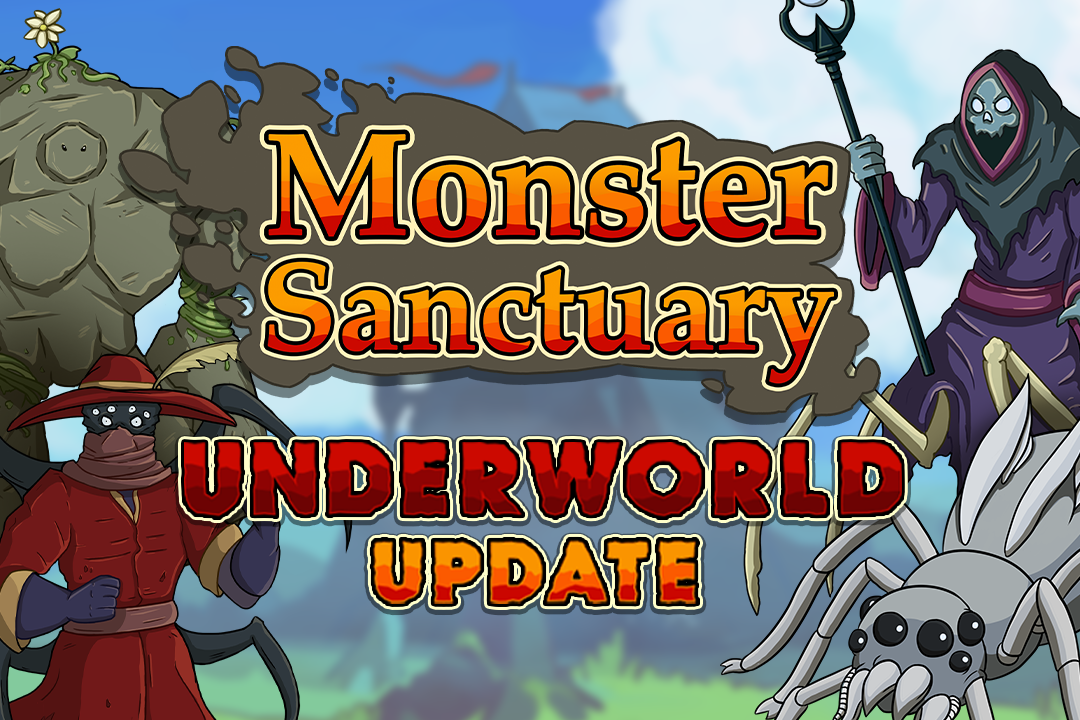 The Underworld is a forbidden area that hasn’t been entered in hundreds of years – featuring a new major story arc, which picks up after the story arcs of all other areas currently in the game. Therefore, to enter the Underworld, you will need to have completed all the area’s story arcs beforehand.

There’s a total of seven new Monsters to collect, featuring several new spooky Occult-type Monsters, and much more! We hope you’re not scared of giant, callous spiders and other arachnid-like Monsters…..

Underworld raises the level cap to 36 – and tier 5 attacks are added to all Monsters. This update also introduces some balance adjustments to Monster Sanctuary — some older Monsters have received buffs, with some Monsters alternatively gaining new Monster-types, to increase synergies for Monster-type auras.

The story of Monster Sanctuary is nearing its finale!

Want to see more? Head over to the Steam store page today and explore the Underworld!