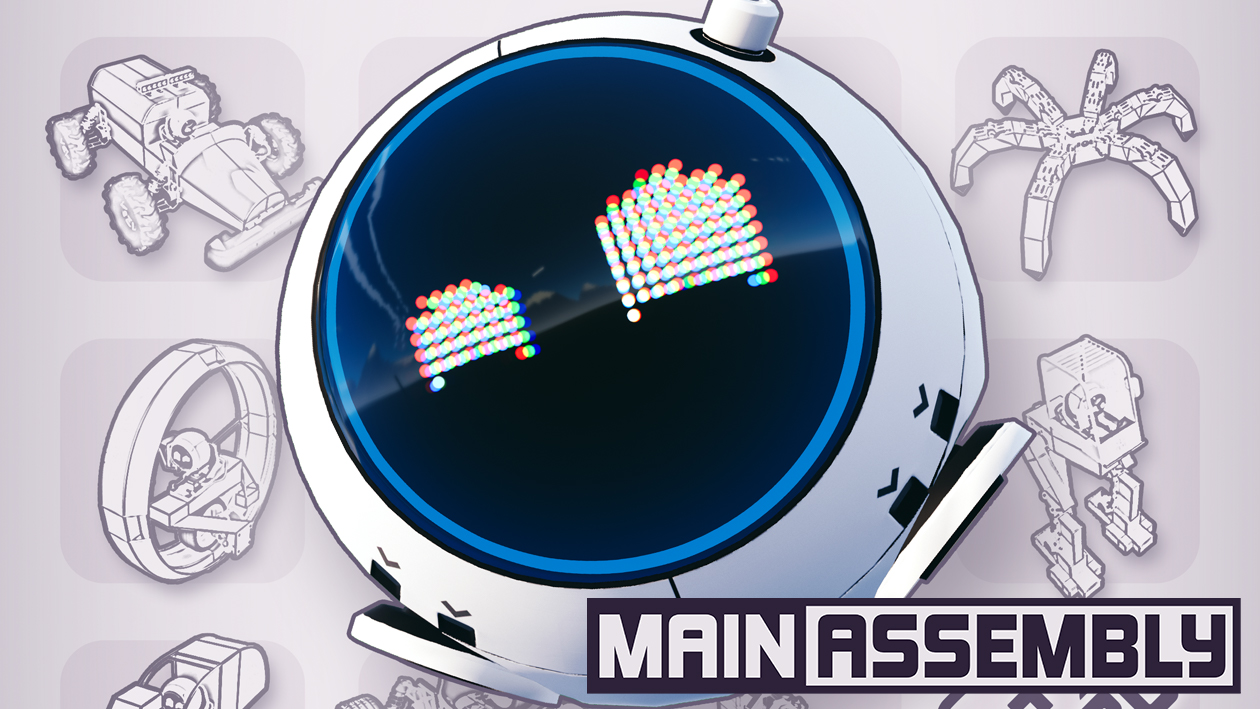 We’ve assembled some news for you.. A Main Assembly beta is on the way!

Here’s a list of the major differences from the previous Beta we had:

Codes for the Beta will be sent out at 4pm GMT on February 14th & February 21st! You have until February 21st at 2pm GMT to sign up, you don’t want to miss out!

But wait.. there’s more! Main Assembly will be entering Early Access on April 16th! We can’t wait to see what weird and wonderful things you’ll create!