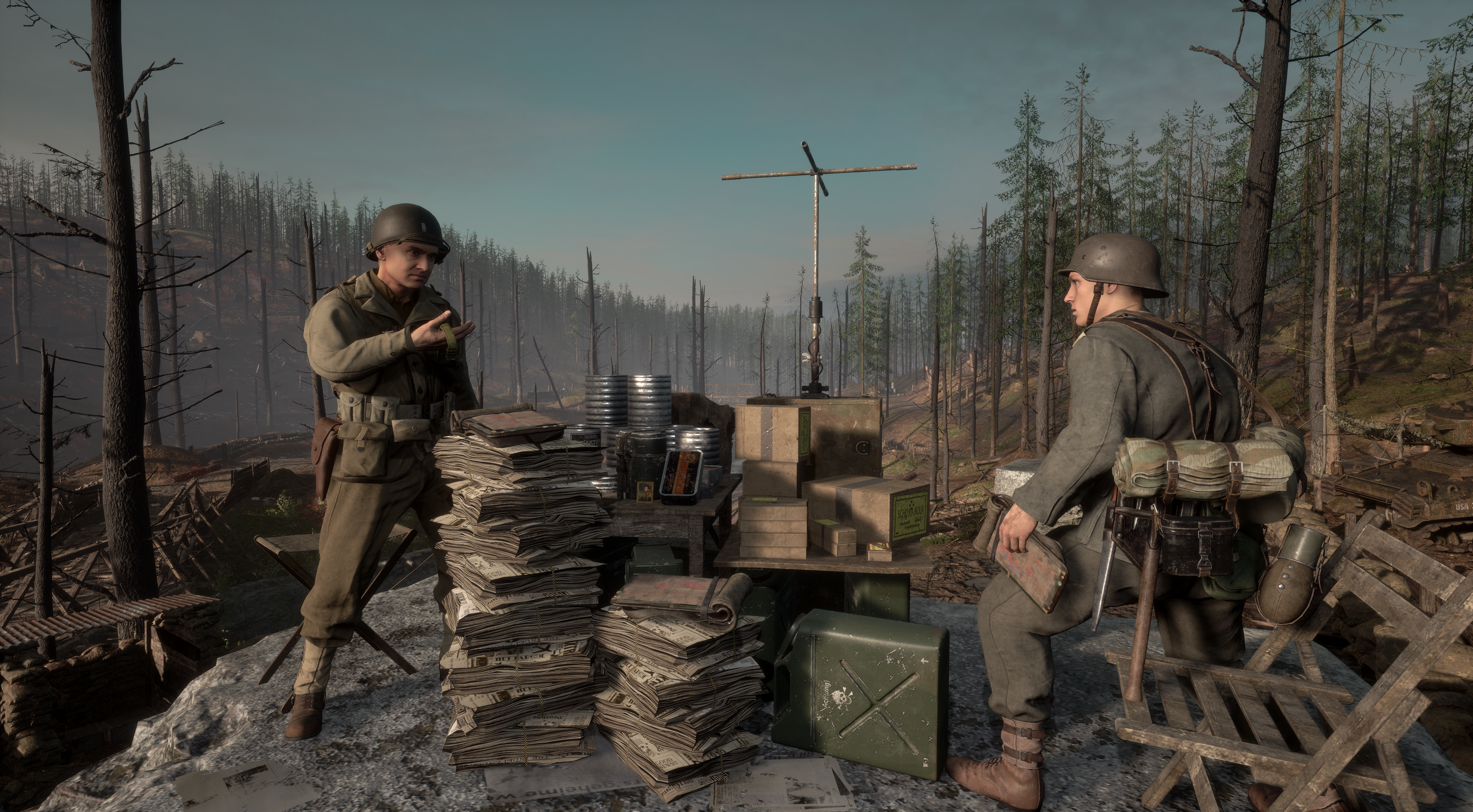 You’ve come to the right place to find out all the frontline intel you’ll need for Hell Let Loose! Below we’ve compiled a list of frequently asked questions that’ll have you ready for battle.

What kind of game is Hell Let Loose?
Hell Let Loose is a 100-player authentic multiplayer first-person shooter for PC set during the Second World War, placing heavy emphasis on teamwork and communication as infantry, tanks and artillery clash on a shifting frontline.

What content is coming during Early Access?
Hell Let Loose has an exciting roadmap for its Early Access period. From new features and mechanics, to vehicles, uniforms and maps we’re excited to build upon the Hell Let Loose experience with our community.

How many maps are available to play in Hell Let Loose on Early Access launch?
Three!

– Sainte-Marie-du-Mont, our lush countryside map featuring fields, hedgerows, farms and a battle scarred town.
– Hurtgen Forest, an intense map that favors infantry combat as players battle out among the map’s 80,000 trees to secure victory.
– Foy, our snow map. This map features thick fog and a brutal mix of urban and woodland based combat.

The fourth map coming to Hell Let Loose will be Utah Beach, which is teased at the start of our launch trailer!

Does Hell Let Loose have Bots?
No. The team’s focus is in creating an unique, fun and immersive player vs player experience.

What can I play as in Hell Let Loose?
Players will fight on foot as infantry, or in vehicles such as tanks. Hell Let Loose has 14 different playable roles, from Officer, Anti-Tank and Sniper to Tank Commander! You can find out about all of the available roles by clicking on the links below:

Does Hell Let Loose support clans?
Yes! We’re keen to support clans and groups alongside solo players in Hell Let Loose. We already hold regular meetings with clan leaders to gather their feedback and discuss the game. We’ll also be supporting clan events and competitions. Head over to the official Discord to find out more.

Are there community servers in Hell Let Loose?
Yes! We’ve partnered with G-Portal and Nitrado to offer official Community Servers during Early Access and beyond in Hell Let Loose! Full details on these servers, as well as how to rent them can be found here.

What languages are supported in Hell Let Loose?

Is Hell Let Loose going to other PC stores such as GOG or Epic Games Store?
Currently our full focus is on the Steam Early Access version of Hell Let Loose.

I missed out on the pre-order helmets, can I purchase them separately?
No. These were unique customisation options for those that backed the game during its Kickstarter period or pre-ordered it ahead of June 6th. But fear not, we’ll be expanding our customisation options for players during Early Access, giving them new ways to get authentic uniforms, helmets and more.

I have a problem / would like to make a feature request, where can I go?
For bug reports or help with any issues you may encounter, please contact Team17 Customer Support here.

If you’d like to see a specific feature or mechanic in Hell Let Loose, feel free to join the official Discord channel and post in the #Feedback section where the Developers will see it!

Have more questions? Feel free to talk to us, as well as the Hell Let Loose community here:

Introducing Yooka-Laylee and the Impossible Lair!
Overcooked! 2 – Introducing ‘Night Of The Hangry Horde’!