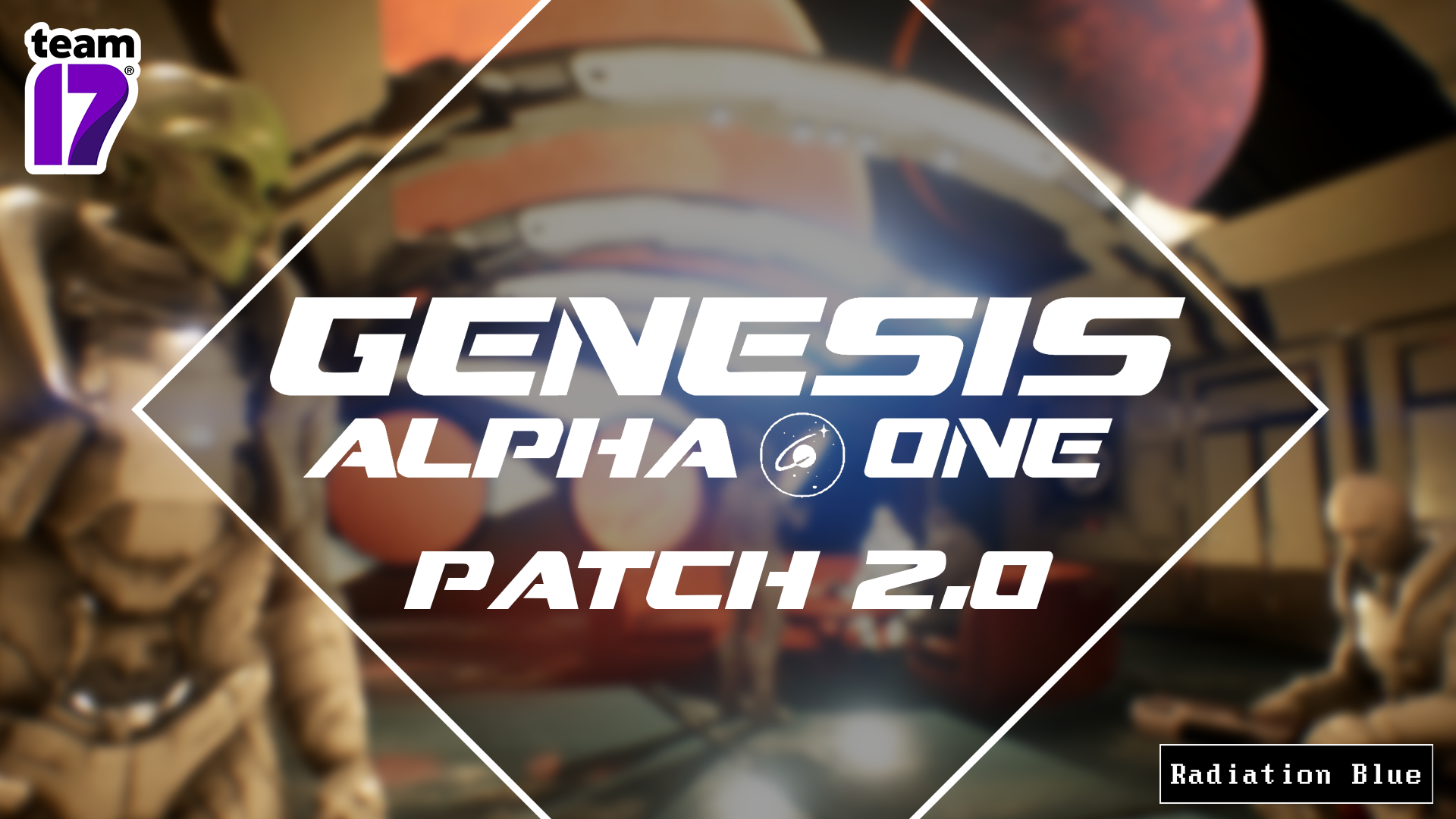 Update 2.0 is now live for Genesis Alpha One on PC, PS4 and Xbox One! This patch fixes some bugs as well as adding some new gameplay elements based on player feedback.

See the full patch notes below:

Game difficulty can be changed at any time via the in-game menu.

In the Start New Mission menu there is now the option to customise your mission and includes the following options:

The Guard Bots are a brand-new feature to Genesis Alpha One and can be produced in the workshop, after you’ve found the schematics. Guard Bots can be given instructions via the command menu in the same way as the crew can be interacted with by talking to them. If not, deactivated Guard Bots will remain at a distance of 30 meters of their last ordered position.

They will recover health when not under attack and can be taken on planet expeditions. Talking to the guard bots will allow the following commands:

The Heavy Warbots will kill on enemies on sight, but only if they are moving! If the enemy remains still, then your bots will not be able to target the alien threat. The Warbots will not target spores and eggs. Be careful though, as the aliens will target and attack the Warbots!

The Maintenance Bots will be able to reboot energy nodes which are attacked by the alien threat, and what’s even better about these little helpers, is that they are ignored by aliens!