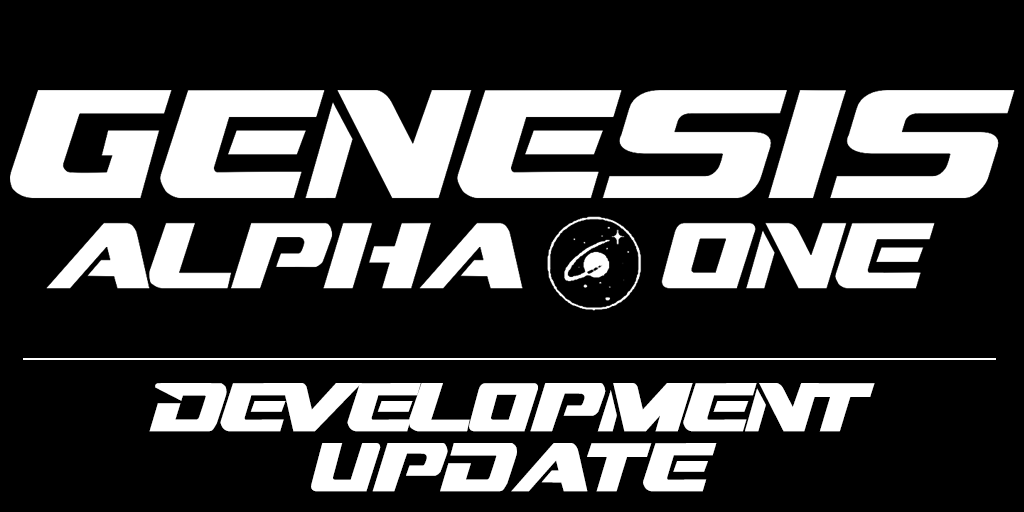 Genesis: Alpha One – A look at our latest improvements

As announced last month, we’re currently working on several improvements to make Genesis: Alpha One the best it can be. We’re not only adding a lot of improvements that we were originally going to add post-launch but are also adding several requests from the community. Today we would like to give you a taste of what exactly it is we’re working on!

Please bear in mind that the game is still in active development, and any features listed below are subject to change.

Improved Crew
You’ve asked for more control over your crew, and we’re very excited to confirm that we’ve added several new gameplay options for you to utilise your crew in brand new ways. One of your main requests was for the crew to defend themselves and take up arms if the need arises – so that’s what we’ve done! Your crew will now help you fight aliens if they get close, and their pistol will get upgraded as you upgrade your own.

We’ve also added crew commands, which allows you to give orders to your fellow clones. Whether you want them to focus on harvesting resources, defend themselves or run away if aliens get close, or just retreat to the ship for a quick extraction, you’ve now got full control. Furthermore your clones can help you with things aboard the U.S.S Genesis, like repairing energy nodes damaged by aliens – or by you.

Improved Alien Behaviour
We’ve made improvements to alien behaviour, which allows for greater diversity in enemy encounters. The aliens can now move individually as opposed to in a group, which allows certain aliens to potentially flank you and even sprint after you if needed. This should create more varied and unpredictable combat scenarios!

New Ammunition System
We’ve completely revamped the ammo system. Previously you were able to use resources to regain ammo at ammo stations throughout the ship. Now you will be able to get ammo from planets, from killing certain aliens equipped with firearms, or from the weapons rack. Each weapon type has its own ammo type, and should you run low on a certain type of ammo, you’ll have to produce more in the workshop module, after which you can restock from the weapons rack.

Improved Tutorials
Genesis: Alpha One has an extended tutorial meant to teach you the most important things to survive the Alpha One quadrant. We’re currently in the process of improving these tutorials even further, which includes adding a tutorial for the hyperjump, which is what allows you to get around and explore your very own randomly generated galaxy.

Customisation
It’s important to us that you’re able to make the U.S.S Genesis your very own. You are the captain of the ship after all, and it’s all about your adventure through the stars. For this reason we’ve added a number of additional ways you can customise your experience to help make Genesis: Alpha One your very own.

You are now able to not only rename parts of the U.S.S Genesis to easily identify which parts of the ship might be under attack, but you can also rename the ship itself – as well as your crew members! If you’d like to add in your favourite sci-fi movie references, your friends and family, or whatever you want, you’ll be able to do it in Genesis: Alpha One!

We’ve also added in a toggle for damage numbers, if you’d like to take your immersion to the next level, as well as a number of smaller improvements like the ability to automatically hide parts of the interface.

We hope you’re as excited about these improvements as we are, and we want to thank you for your continued feedback and support, allowing us to make Genesis: Alpha One as good as it can be. As always, do let us know your thoughts on Twitter or Facebook, over on the Steam community hub, or chat with fellow captains on the Team17 Discord server right here.

We’re super excited for all of you to get your hands on our playable preview version later this year ahead of the full launch of Genesis: Alpha One in January 2019.