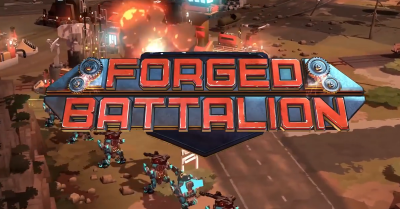 Priority intel has arrived from HQ.

The full release of Forged Battalion will see the addition of five new campaign missions, as you seek to bring the war against The Collective to a climatic end.

We’d like to say a huge thank you to you, our players, for all your support and feedback throughout the Early Access period.  Your thoughts and comments have helped us shape and develop Forged Battalion throughout Early Access.

We’ll be providing full patch details on Tuesday, including details on tweaks and bug fixes that’ll be coming with launch.

We’ll see you on the battlefield.