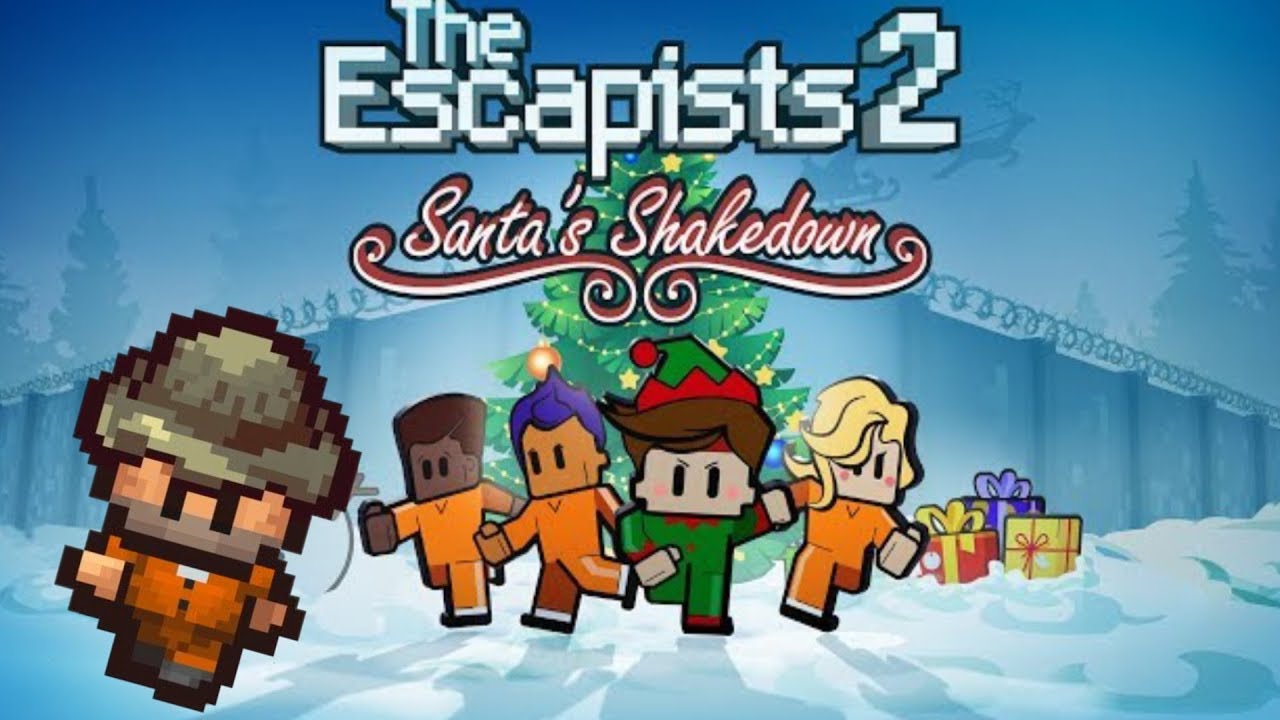 Last week we released the Prison Editor for The Escapists 2, and players have already published more than 3,000 custom made prisons. Today we’re excited to announce that you can now fire up The Escapists 2 to download our FREE Christmas prison, Santa’s Shakedown, available today as a free update on Steam, PS4 and Xbox One!

With the Wicked Ward DLC we introduced a weather system in the form of thunder, lighting and rain. In Santa’s Shakedown we’re adding snowfall, which combined with the Christmas prison itself is guaranteed to get you in the holiday spirit!

About Santa’s Shakedown
Celebrate the festive season with this snowy free new prison that has it all: state of the art equipment, high tech security measures … and an overtly theatrical warden who has repurposed the sports hall as a theatre and is more concerned with putting on an extravagant pantomime than the wellbeing of his inmates. Look past the tacky decorations and an opportunity to escape may just present itself!

Alongside the Christmas prison we’ve updated the game and fixed a number of issues. See below for the full patch notes.

We hope you enjoy the new content, and look forward to bringing you even more The Escapists 2 in 2018!