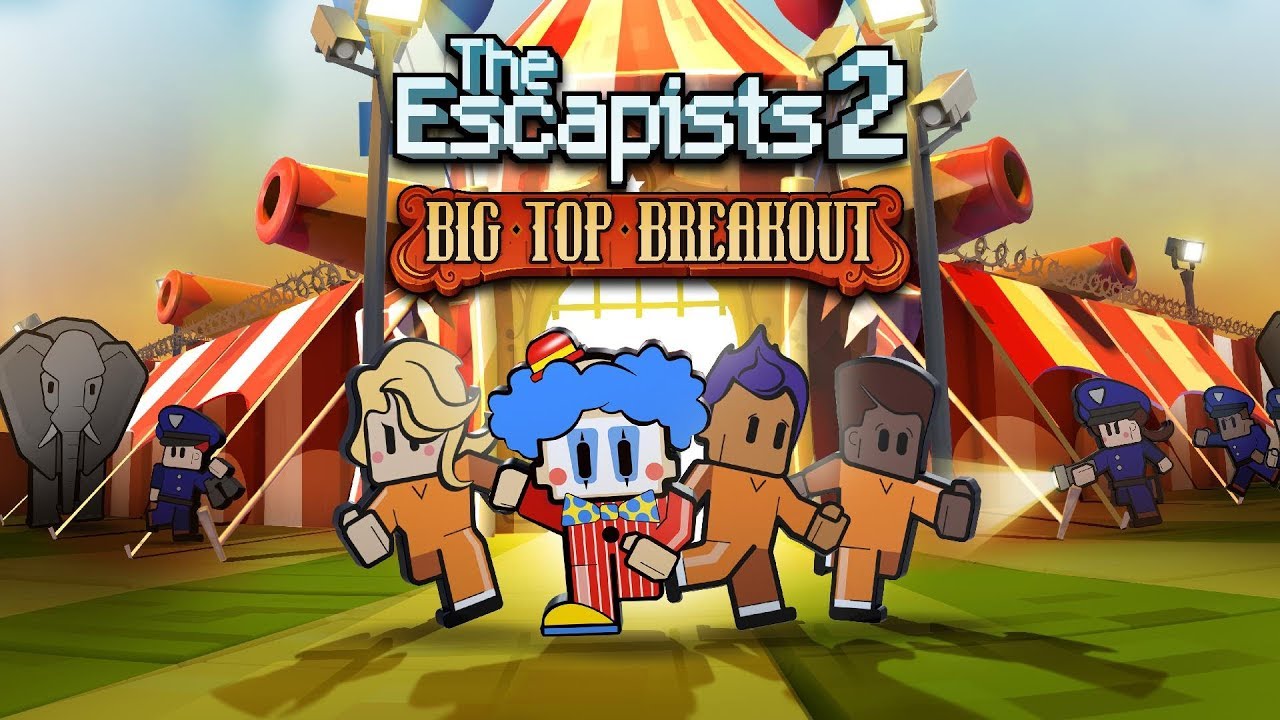 Today we’re extremely excited to announce our brand new The Escapists 2 DLC prison; Big Top Breakout! Challenging you to escape from a travelling circus with new jobs, new customisation options, new weapons and crafting recipes, and of course new wacky ways to get yourself and your friends to freedom!

Big Top Breakout is available RIGHT NOW both separately, and as part of the Season Pass.

The Escapists 2 Prison Editor Update
For those that have been eagerly awaiting updates to The Escapists 2 Prison Editor, we’re very happy to announce that we have a content update available for you RIGHT NOW as well. We’ve added the Rattlesnake Springs theme to the editor, adding new desert-themed tile-sets, rooms, objects, guards and soundtrack! You’ll find the new content in the tiles, rooms and objects lists, and the ability to select guard and soundtrack theme from the editor Settings. We can’t wait to see what our players create and add to the more than 13,000 player-created prisons already on Steam Workshop!

Big Top Breakout Launch Special
To celebrate today’s launch of our new DLC, we will be livestreaming some co-op shenanigans from Big Top Breakout at noon GMT over on The Escapists Facebook page. Come join us!