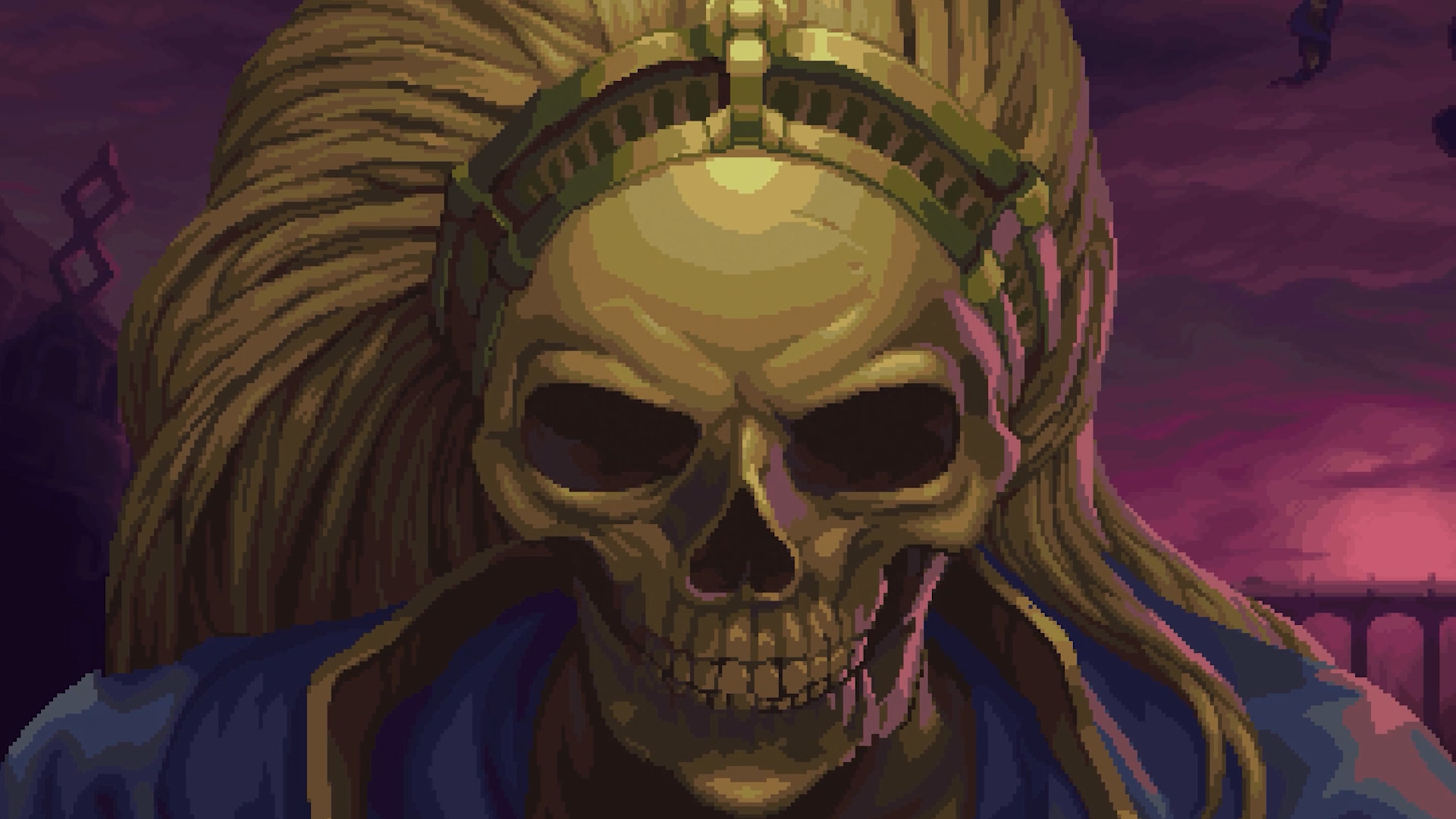 Blasphemous: The Stir of Dawn – Torment, Penitence and Amanecidas!

Welcome to the second of our community blog posts that will focus on giving you a first look into different areas of Blasphemous: The Stir of Dawn, a free DLC that’s arriving on August 4th for all owners of Blasphemous on Steam, Nintendo Switch, PlayStation 4 and Xbox One.

To start things off on your journey toward Dawn we will be focusing on the following for today’s post:

Whilst we shall be sharing useful information from our tomes of forbidden knowledge, we will be leaving some surprises and secrets for you to discover as you play through The Stir of Dawn yourself…

New Game+ comes to Blasphemous in The Stir of Dawn, giving the penitent amongst us the opportunity to play through the whole game again with a greater challenge!

But fear not! Whilst your foes have grown stronger, so have you!

When starting a True Torment playthrough the Penitent One will start with the following upgrades from your previous playthrough:

Just as the Miracle gives, it takes away – The Penitent One will start NG+ with their base levels of Health, Fervour and Bile Flasks. In order to restore these precious resources to their former glory you will have to venture out and reclaim them once again!

Shortly after awakening in NG+ you will be offered a choice. The Miracle will bestow upon you the choice of the ‘Three Penitences’.

Each penitence offers a set of handicaps and bonuses that lets you experience and play through blasphemous in a different way. These will offer a greater challenge that changes the rules of the game…

Penitence of the Unwavering Faith

For those looking to have a more Prayer focused, caster style build.

Penitence of the Bleeding Heart

For those that relish combat and do not fear death.

Penitence of the True Guilt

For those that see failure as unacceptable.

But then, penitence has its rewards…

Those that manage to embrace their chosen penance and prevail will be rewarded with a new skin as well as a powerful, unique Rosary Bead that both share the theme of said penance.

Each penance has its own set of rewards. Will you earn them all?

The Amanecidas – New Game+ & The Stir of Dawn questline only

The Amanecidas are ancient guardians of the Miracle, resting underground in their gilded sepulchers buried throughout Cvstodia.

Each Amanecidas wields a different weapon and moveset.

Much like the three penitences, besting the Amanecidas and their master will earn the Penitent One powerful gifts. What they are, you will have to find out…

From August 4th you will encounter new NPCs throughout Cvstodia. All of them will be available in NG+, however some will be absent in your NG (first) playthrough as they are directly linked to The Stir of Dawn DLC which is only available in NG+.

You may have spotted the new NPCs in the trailer or in our recent Spanish VO post, but to keep the mystery and reward of discovery we’re only going into detail about two of them today.

Jibrael is the condemned harbinger of the Amanecidas and a key NPC in The Stir of Dawn questline. You will meet Jibrael early on in your NG+ playthrough, if you find him, and by interacting with him you will begin the DLC questline.

Keep an eye out for Jibrael as you progress through NG+ as only they and they alone can awake the Amanecidas from their slumber for you to challenge.

The Penitent One’s pilgrimage is arduous and wrought with suffering and danger, but when The Stir of Dawn arrives so will some comfort in the form of a furry friend…

This particular resident of Albero will appear for particularly lucky Penitent Ones, so if they do be sure to take a moment to give them a pet or two, or three, or twelve…

That wraps things up on our New Game+, Penitence System and Boss / NPC overview, but there’s more to come!

We’ll be creating another post on Friday that will detail:

Penitent be the heart.

Stay up to date with the latest Blasphemous information and news by: