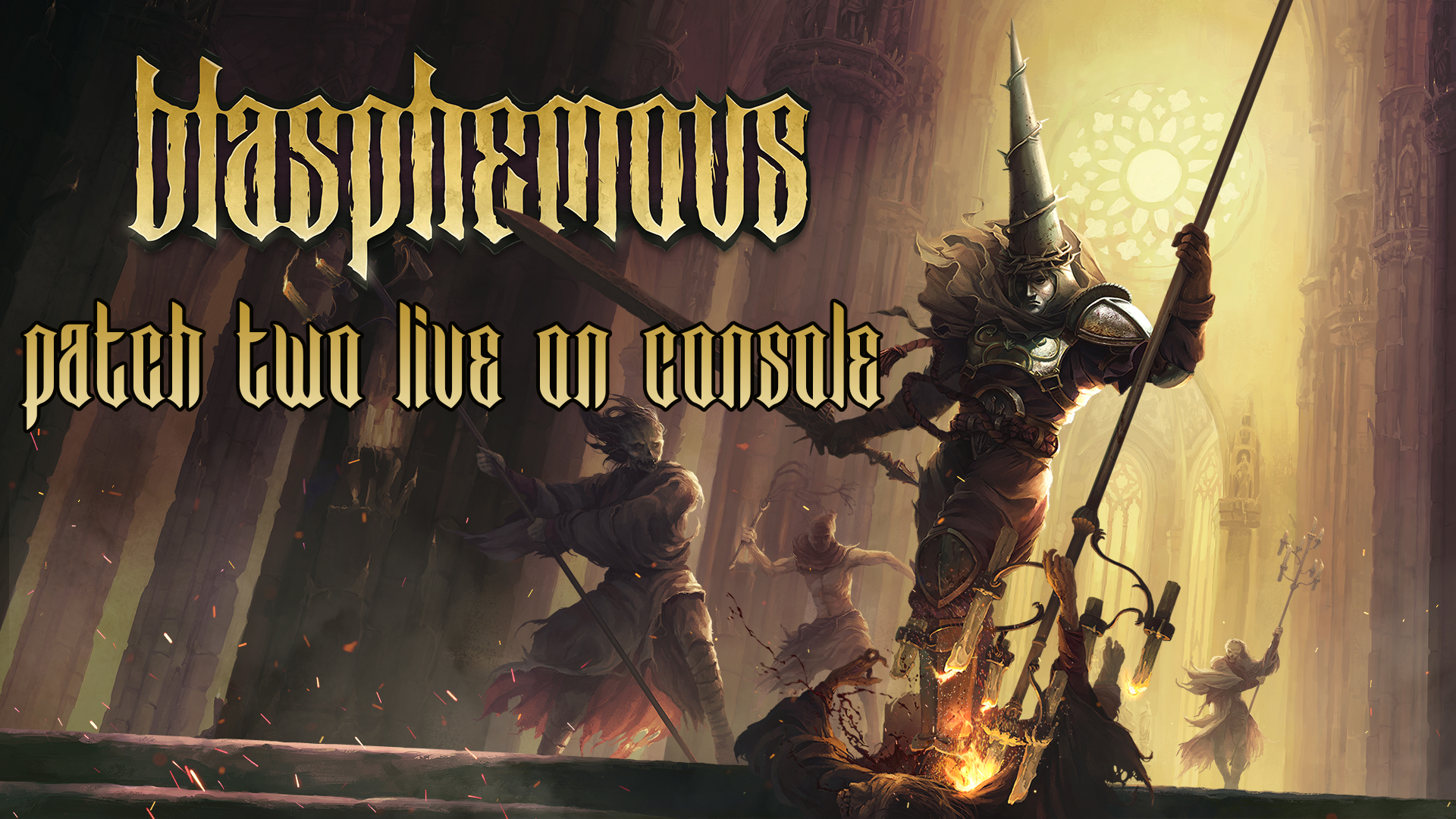 Patch 2 for Blasphemous is live now on all console platforms!

The Game Kitchen have been keenly going through player feedback since Blasphemous launched, taking note of player feedback as well as bug reports. During this period the team have been hard at work to address community feedback, whilst also working on upcoming free DLC to further expand the world of Cvstodia.

With this patch, the team have aimed to make Blasphemous feel even better and more accessible than ever, refining and polishing the experience as much as possible without actually changing the core game.

That concludes the notes for Patch 2! Rest assured the team are remaining ever vigilant and already working on further quality of life improvements based on player feedback. If you do encounter any issues or bugs, please let us know at www.team17.com/support.

If you’re wondering what still awaits you in the land of Cvstodia in the future, do take a look below, Penitent One…

Golf With Your Friends Is Coming to Console!
Nintendo Switch Third Anniversary!