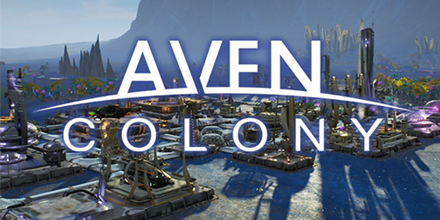 Great news: Content Drop 1 is here! And with it, Aven Colony is getting 11 new buildings, a new sandbox map … and a whole new transportation system!

We’re thrilled to introduce the newest addition to Aven Colony hovercars! The new Hovercar Station building automatically links to any other Hovercar Stations you build nearby. Now, you can not only solve your colonists’ commute problems, but you can do it in style, by giving them swanky levitating hovercar vehicles to fly all around the colony!

Content Drop 1 also brings a massive new Space Elevator. While quite expensive, this elevator provides a literal stairway to heaven, connecting your colony all the way to outer space using a massive carbon nanotube cable. The elevator that rides it massively increases your colony’s storage capacity while also docking directly with the orbiting Colony Ship to allow you to bring in large numbers of new colonists.

There’s also a new tool to help your colony deal with plague spores: the Decontamination Unit! Just place one of these next to one or more tunnel tiles, and it will serve as a firewall, spraying a decontamination liquid that kills plague spore microbes and disinfects any infected colonists.

On top of all that, there are 8 new decoration buildings that help you make your colony even more beautiful while also improving morale.

Finally, this update also brings a brand new sandbox map: Serpent Isle! This is a beautiful desert island in the middle of Aven Prime’s great northern sea, and is a uniquely challenging colony location due to its relatively low levels of geothermal vents and farmable cropland. Look closely and you can spot a number of creatures unique to this remote part of Aven Prime.