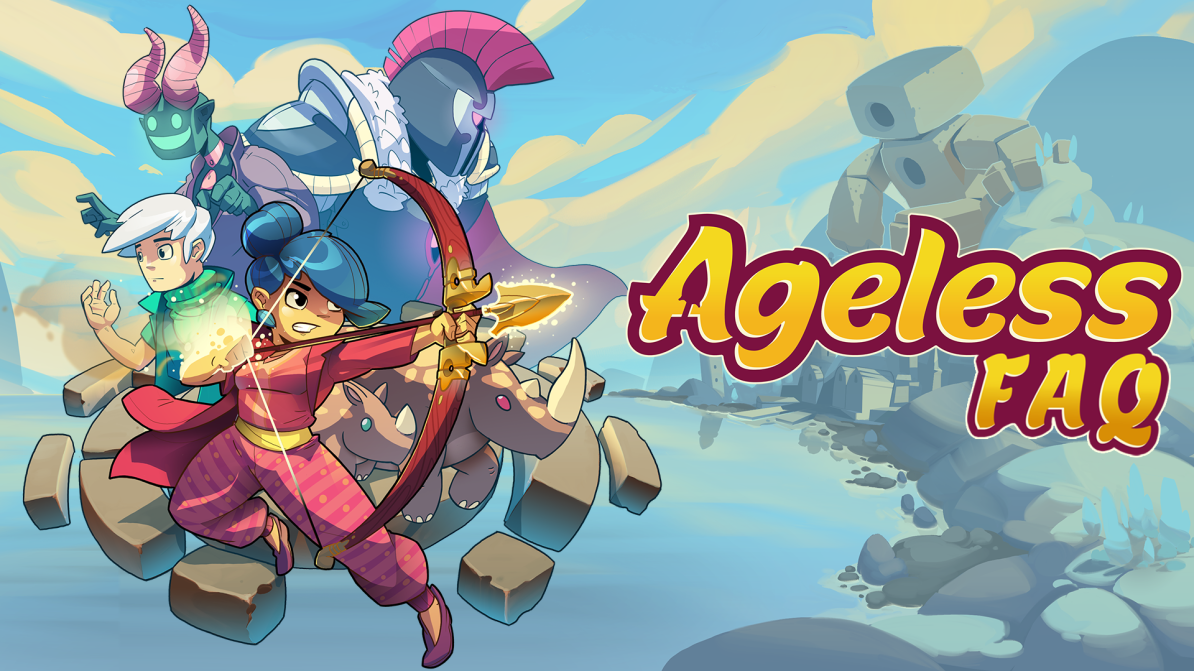 Ageless is out now!

Want to know more about what you can expect? You’re in the right place!

What is Ageless?
Ageless is a story driven puzzle platformer where you must alter the age of animals and plant life around you to progress. Play as Kiara, a young girl who braves through heartache and loss as she journeys across a mysterious world to discovers its secrets and herself.

Ageless was developed by One More Dream Studios!

Will the game be coming to GOG?
There are no plans to release Ageless on GOG.

Can I buy a boxed copy?
Ageless is digital only.

Can I remap my keys? On both keyboard and controller?
You can fully remap your keyboard on PC. There are multiple layout presets for controllers!

Is there mouse support?
Yes, on PC.

Will the game be released for Linux?
We do not have plans to release Ageless for Linux.

Is there a demo?
Yes, a free demo is available now on Steam!

Will my demo progress carry over into the full game?
No. Progress is not carried over to the main game.

Where can I go to keep up to date/discuss Ageless?
Right here on the Team17 website, the Ageless Steam page, on our Discord, or follow the official Ageless Twitter channel!