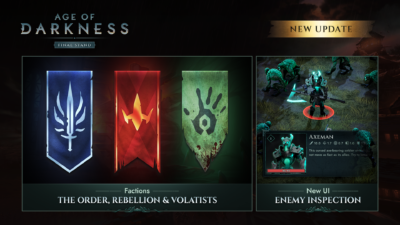 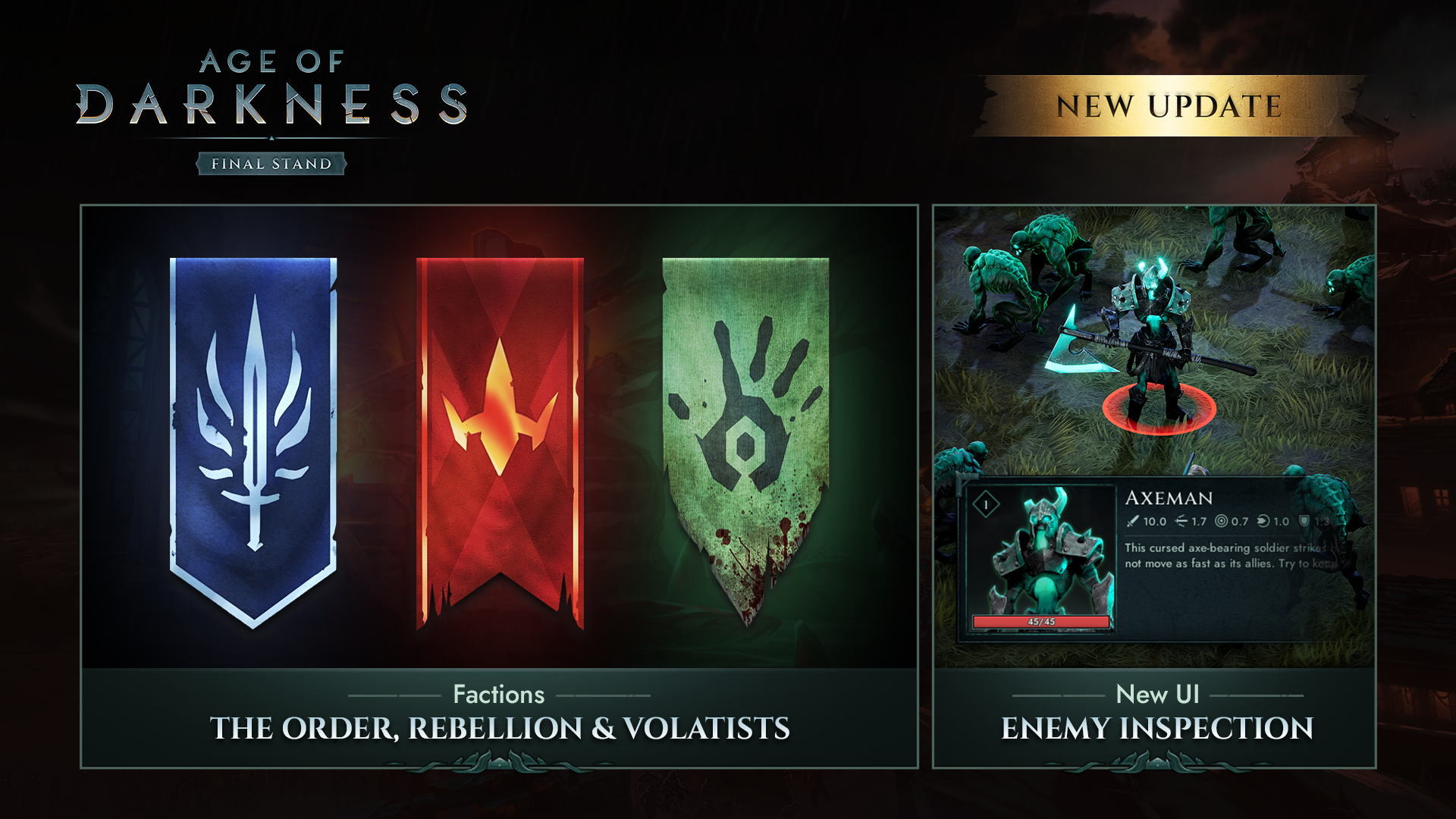 Dear Protectors of the Light,

Together we stand against the Darkness, but individually we have our own strengths and weaknesses, in this exciting update we bring you Factions which will be rallied by our Heroes.
Edwin leads the charge of The Order, Aelis the fearless leader of The Rebellion and Vizargo taking the helm of the shadowy Volatists.

Each Faction will have different starting Units as well as different stats and buffs to play to their unique strengths within the world. To give each Faction a unique look and appearance, Units and Buildings have been given Faction specific signals and colouring. But this is only the beginning of how Factions will look on the journey towards v1.0.

We know our brave defenders of the realm want to know more about the Nightmares they are fighting against, so to aid in the battle the Veil has granted you a blessing! You can select an Enemy to see all their stats along with their unit description to help you strategize on how you tackle them.

As the time passes you will need more valiant fighters to keep the Veil from creeping in, so keep your eyes peeled as this is not the end for what we have planned… new champions will rise.

A fix for these issues will come in the following Patch Update.

Have a question about the game? We have a handy FAQ we’ve posted on the Steam forums that you can view. If your question hasn’t been answered there, we’ll be doing our best to keep up with questions here, on the forums and our Discord server.

Speaking of which, you can also chat with our team and ask them questions on our official Discord server here!