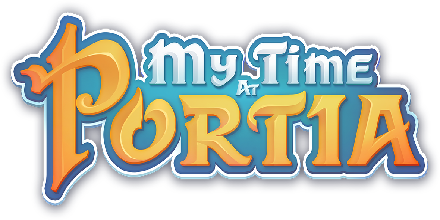 Introducing My Time at Portia – Live now on Kickstarter

Setting sail for Portia, a town on the edge of civilization, you’ll arrive to find a workshop left to you by your Pa – a place where you can begin to craft a new life, using the relics from the past to improve life for the villagers in the town.

Gather materials from Portia’s stunning open world: cut down trees, forage for herbs, mine in the ruins and even grow your own garden. There are many unique areas for you to explore including deserts, island, reefs, highlands, marshlands, mines and more! There are even two different types of dungeons including abandoned dungeons filled with important resources such as relics and ores for you to harvest or more hazardous dungeons where you’ll be able to encounter and battle monsters!

Debbie Bestwick, MBE, CEO of Team17 said “We welcome Pathea to the Team17 label and it’s exciting to work with a talented studio in a region with an emerging indie development scene. We’re thrilled to be supporting them in their development roadmap and the bringing the game to multiple platforms in 2018.”

Zifei Wu, President at Pathea Games added “My Time at Portia is a huge passion project for the team here at Pathea games and we’re excited to be working closely with Team17. We’re hugely grateful to the support and enthusiasm of the backers of our campaign so far and the Alpha build we shared was just a very small taste of the world we’re going to create in partnership with Team17 in bringing My Time at Portia to PC and consoles.”

My Time at Portia is planned to head to PC via Steam Early Access in early 2018 and will be coming to consoles later in 2018.

The Kickstarter campaign is heading into its final stages and the team at Pathea has created a small preview of the forthcoming game in the form of an alpha demo which includes 6-8 hours of gameplay,  free to download from Steam, Itch.io, IndieDB and GameJolt.

To celebrate the new partnership, Team17 will be livestreaming My Time at Portia this Thursday at 18:00 BST – watch it at https://www.twitch.tv/team17ltd.